From the Lightning: The North Highland Lake Road widening project and money the village might receive from a COVID relief grant were among a number of topics residents discussed Thursday evening during a town hall with their elected leaders.

“Let’s have a conversation. Let’s see what’s on your mind,” Flat Rock Mayor Nick Weedman said as he opened the meeting at Pinecrest Presbyterian Church in Flat Rock.

The widening project on North Highland Lake Road was on the minds of several residents who questioned Weedman and council members. They wanted to know when construction will likely begin, how long it will take, how many lanes will be added to the two-lane road and if the road will impact The Park at Flat Rock.

A few residents said they were concerned about plans to close a portion of the road to replace a culvert near a dam just off the roadway. . .

Anne Coletta, the village’s vice mayor, said she would try to get more information from the North Carolina Department of Transportation about how residents will access their property during the closure and a timetable for when the road will be closed for the culvert replacement.

Once complete, it will include three left turn lanes and a less severe curve near the park. The speed limit will remain at 35 mph.

“They are taking most of the property they need from the park,” Coletta said. “We tried to mitigate some of the negative impact on the park. They will be taking the edge of the park right around.” 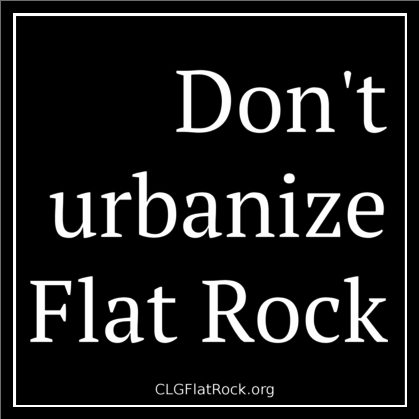 The Henderson County Transportation Advisory Committee and the French Broad River MPO Board do not meet in December.